Get a FREE Estimate

This is a slate roof in Alexandria, VA. The homeowners had been having some sporadic leaking and hired a company to correct the problem. The solution they came up with was not carefully examining the slates for cracks or checking flashings for pits or holes; that would have been the right thing to do.

What they chose to do was spread no less than five gallons of tar over the entire roof plane; making any legitimate repair impossible. When the roof is covered in tar it locks all of the slates in place, you can’t gently remove one or two without destroying all that adjoin it. Think of it like playing Jenga with all of the pieces glued together, not fun I think you’ll agree. Although some are cracked, most of the slates that are covered in tar were still in pretty decent shape. What happens in the following pictures could have been avoided and the homeowners  could have saved a good pile of cash.

The roof was leaking right at the angle change and could have been repaired very simply. All that was necessary was to remove the courses of slate above and below the copper apron flashing; install new copper flashing and new slates. But instead someone with bucket of tar and not even a pair of gloves trashed the whole roof.

I knew he didn’t have gloves because I could see finger prints in a few spots; kind of like the La Brea Tar Pits of poor workmanship.

The old trashed slates were removed and we had to replace a few rotted pieces of 1×6 roof decking. Once the old roof was removed it was plain to see that the leaking was from one place only, however with the roof covered in tar the water was coming in the house in three spots.

We installed new copper drip edging at the eave and along the rakes to keep water from wicking back into the roof. We also installed these copper loop snow guards, the snow guards prevent accumulated ice from sliding off the roof. The guards keep the ice on the roof until it can melt away without destroying anything below.

New copper valley flashing, new copper apron flashing and new slate roof tied properly into the old slate roof. No can of tar, no mess, just another stone roof ready to serve for a hundred years. By using copper nails to fasten the slates and copper flashings there is nothing on this portion of roof to rust or corrode.

The slates we installed on this job are from the Buckingham Slate Quarry, it’s about four hours from Virginia DC and it produces some of the best roofing slate in the world. Buckingham Slate is  graded S1 and has a service life of 125-150 years if properly applied and cared for. The slates above our new roof are not Buckingham and will probably require replacement in the next ten years or so. This will not be a problem, our new roof and apron flashing can stay right in place and the rest of the roof can replaced around it.

If your slate roof is giving you some trouble call a qualified roofer with some demonstrated slate experience. A bucket of tar might seem like a bargain now but it will cost you a fortune in a few months. Even if your roof isn’t having any problems it should be inspected every year, a quick inspection will head off any problems before they get out of hand.

Call if you need me. 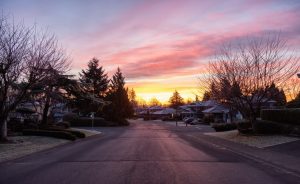 Preparing Your Roof for Winter – What Can You Do to Get Ahead of Damage? 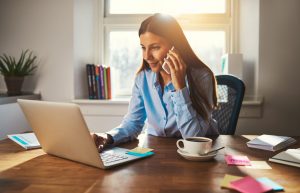 5 Things To Consider When Hiring A Roofer 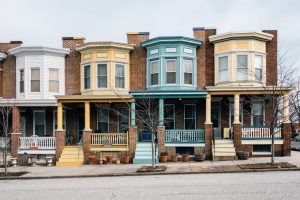 What’s the Deal a Flat Roof? How Can They Add Value to My Home? 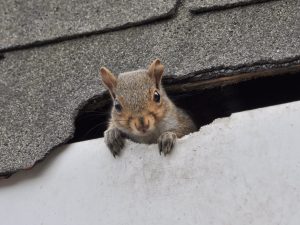 How to Spot Roof Damage from Animals 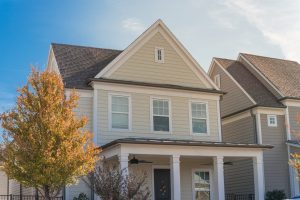 Did You Know Fall is a Great Time to Replace Your Roof? 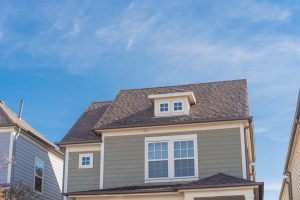 What Are the Differences Between Metal Roofs and Shingle Roofs?

Lyons Contracting has over 25 years of experience serving the roofing needs to the residents of the Alexandria, Virginia area.
Facebook-f Linkedin-in Instagram Houzz